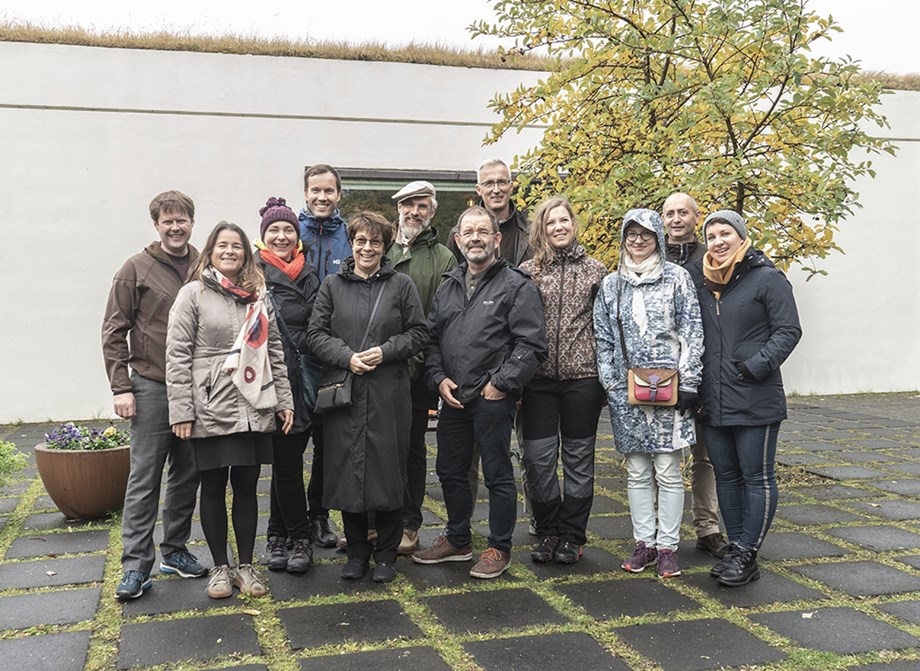 Last September, Bifröst University hosted the fourth managerial meeting for the Erasmus+ Strategic Partnership Project, DT.Uni. Project participants are seven European universities and the aim of the consortium is to integrate the methods of Design Thinking into the workings of today‘s university, with a focus on three groups of stakeholders; namely students, academic staff and managerial staff.

Since the project was initiated two years ago, the consortium has developed eBooks and teaching material that will be published this fall. Two workshops with participants from all seven countries were held. The first one was aimed at academic staff and took place in Dresden, Germany, while the second workshop for managers was held in Birmingham, England.

In the coming weeks, handbooks will be made available on the project‘s website and subsequently, workshops will be held in Reykjavík, where participants will be trained in using Design Thinking to develop solutions to the challenges that universities are facing. The workshops will be open to all interested parties from academia. Further information about the event and registration procedures will be introduced shortly.

Publications and further information about the project are available here and further news and events can be followed on its Facebook page.

The DT.Uni project is a Strategic Partnership for higher education, funded by the European Union’s Erasmus+ program.