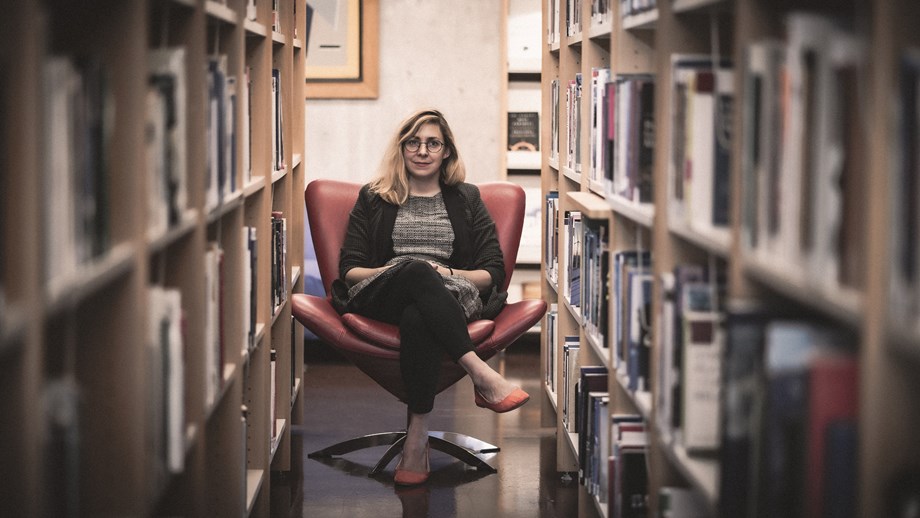 Could you tell a little bit about yourself in general?

Sure! I am an academic who looks at constitutions. My fascination with constitutions began when I was studying in Bosnia and Herzegovina as a Masters student, where the Dayton constitution of 1995 is a topic of daily conversation: it stopped the war but also brought many problems to Bosnian citizens, so I began to realise the impact constitutions have in daily life. I wrote my PhD on the constitutions that were written in the aftermath of the 2011 Arab revolutions, and now I am fascinated by a number of other constitutions – Iceland’s , for instance! And I am half Australian so last year I spent a year in Australia getting acquainted with the Australian constitution, and there I am particularly interested in the very sensitive topic of recognition of Aboriginal and Torres Strait Islander Australians, and how law can be used to help redress the terrible historical injustices against Aboriginal and Torres Strait Islander Australians.

It is a bit funny being British and being an academic of constitutions since Britain famously does not have a constitution (although all the twists and turns of Brexit raise the interesting question of whether Britain will finally have a written constitution), then I did a year of study in Israel after my PhD, which also doesn’t have a constitution. So I am also interested in the question of whether nations need constitutions, and what constitutions really give citizens.  More broadly as an academic I am interested in human rights law, post-colonialism, and increasingly in legal frameworks for the climate emergency. I am very interested in how national constitutions can address climate change. I am also a nerd about space law, but that is not something I have any expertise in, I am just an amateur nerd about that :) I guess I got fascinated with space because looking at human rights violations and the climate emergency all day can be very heavy, so when you look to the stars you feel a sense of wonder again, space exploration gives me hope, but I don’t think we should use it as an excuse to not care about this planet.

Outside of my academic work, I love learning languages, cooking and arts and crafts – I am trying to learn to knit Icelandic-style at the moment, and Icelandic needlework.

What was your motivation for coming to Iceland? How is this experience so far?

Iceland was the perfect fit for me in so many ways: I am interested in constitutions after revolutions, and Iceland has had such an interesting conversation in the last decade since the crash and the subsequent Pots and Pans revolution about the role of the constitution here (I know it is a sensitive subject and I am just a beginner so I try to just listen to Icelandic people talk about their perspectives on this topic). Iceland also makes perfect sense for anyone interested in gender equality and green initiatives and the climate emergency because so many interesting things have happened here on those subjects.  It’s also such an interesting place for a British person to come to because the country made such different choices after the financial crash, I do some research on the impact of austerity in Britain so Iceland is an interesting counter-example. But it is not just an academic fascination for me. I mean, maybe it is cliché to say this but Iceland is just so unique and incredible – the natural landscape, the volcanoes and glaciers, the beauty of the pre-Christian traditions and the sagas, the unique language, I find the place really fascinating and enchanting. Everyone has been so incredibly welcoming to me and I feel like I am just at the beginning of my exploration of Icelandic culture and history – there is so much to see, and read, and learn! And everyone is being very kind helping me with my Icelandic language, where I am still a beginner.

Could you talk about your role here at Bifröst and your teaching area?

I am in the Faculty of Law and Social Sciences, where I will mainly work in Law. I will teach topics such as international human rights law, constitutional law and legal methodology (and of course I dream of one day teaching space law. I also teach some social science topics such as social science research methodology.  It’s great to be part of a faculty that has such a mix of different fields and expertise across law and the social sciences, so I feel I have a lot to learn here and am looking forward to the new collaborations.

Could you tell about your most impactful experiences?

I guess my most impactful experience was studying the Egyptian revolution. I want to be careful saying that because I am not pretending to be Egyptian and I have so much respect for the Egyptians who were involved in the Egyptian revolution of 2011. It taught me so much about solidarity and collective action, and also the difficulties of converting a mass movement into new law and institutions. Cairo feels like a whole universe to me, of so many sedentary layers of history and stories and languages. So I carry that with me in my current work on other constitutions. In a broader sense my most impactful experiences have been from education, where I have studied and the people I studied with and learned from, I feel like I still have so much to learn but am so grateful for all the educational experiences I have had.

I can see you speak many languages, including Arabic, which is not an ordinary language for a European person. Where does this passion come from?

I should clarify that I am actually not very good at languages at all! I am not fluent in any except for English, I just love learning them! So I am an enthusiastic amateur rather than an expert linguist. I started with French, because I lived in Montreal for a year when I was 22, and began learning Arabic around the same time. Arabic was the first language I fell in love with, when you start to learn the complexity of the structure and all the amazing different variations, I feel like I could spend a lifetime just learning Arabic and never completely understand it. I also learned some Russian and now I am learning Mandarin and Icelandic. Languages are just the best tool I found for opening up different worlds, not just to communicate with others but different ways of using your brain, like now I am learning Mandarin it still amazes me to think you can have a writing system that doesn’t have an alphabet, and with Icelandic it is amazing to learn these words that come from pagan traditions or ancient Europe that still carry through to the present day, the continuities and the changes together.

Could you tell more about your book?

I’m actually working on several books and need to learn to focus! I am working on one about the constitutions since the 2011 Arab revolutions, and how to write constitutions after revolutions. I am co-authoring another about Polar (Arctic and Antarctic) law and policy, it is such an important arena and I have been learning a lot about this topic in 2019: it is great to be in Iceland and reflecting on the Arctic in particular and the shifting dynamics and concerns in the region, I think it is a critical time for the Arctic that will shape the whole world, so it is good to be part of that conversation.