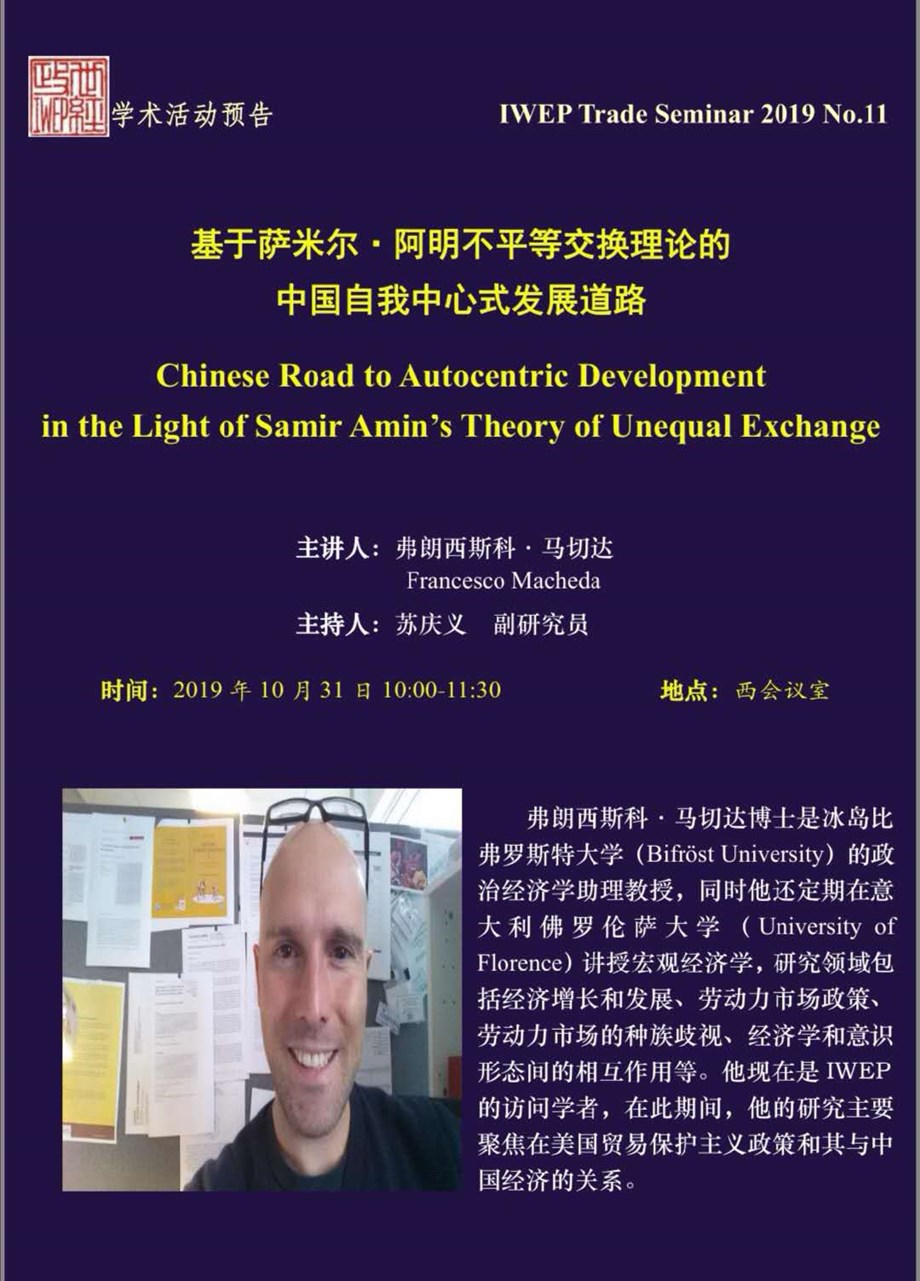 Francesco Macheda, Assistant Professor in Political Economy at Bifröst University, will present his latest work at the prestigious Institute of World Economics and Politics (IWEP) at the Chinese Academy of Social Sciences in Beijing on the 31st of October. The aim of his research, titled “Chinese Road to Autocentric Development in the Light of Samir Amin’s Theory of Unequal Exchange”, co-authored with his Italian colleague Roberto Nadalini, is to investigate the use of methods of strategic and short-term planning by the Chinese authorities, which have allowed the country to challenge the relations of dependency historically imposed on the global periphery.

At IWEP, where he is invited as visiting scholar, Dr. Macheda is currently conducting a research which deals with the self-defeating character of U.S. protectionist trade policy.