AMW - About the project 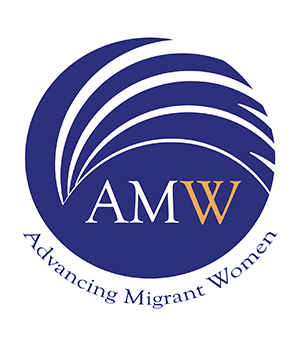 The Advancing Migrant Women project aims to develop high quality training material and support for migrant women in order to empower them by developing their employability and entrepreneurship skills through a holistic programme based on training and mentoring which will increase their self-efficacy.

There is a strong evidence around Europe that people from migrant backgrounds are more at risk of social exclusion; According to Eurostat, in 2014, 40.1 % of the non-EU-born population in the EU was assessed to be at risk of poverty or social exclusion (AROPE) compared to less than 22.5 % of the native-born population. Recent political shifts have shown a marked move against immigration and reports in the media suggest that there have been higher instances of racially motivated attacks towards immigrants (and even towards national citizens from BAME (Black and Asian and Minority Ethnic backgrounds)

Jobs are immigrants’ main source of income. Finding one is therefore fundamental to their becoming part of the host country’s economic fabric. It also helps them to take their place in society as a whole by, for example, clearing the way into decent accommodation and the host country’s health system. Work also confers social standing in the eyes of the immigrant’s family, particularly children, and with respect to the host-country population (OECD Report, 2015).

In most countries, the risk is higher for women than for men and women are more likely to face difficulties integrating into their new home due to a lack of financial means, qualifications and family support. Immigrants in general are strongly over-represented in unemployment statistics. In the European Commission’s ‘evolution of activity rates among the population (20-64)’ it is visible that the percentage of active non-EU nationals has hit a downwards trend between 2008 and 2015.

Migrant women are less well integrated into the labour market and less economically active than migrant men and native-born women, with female migrants from third countries faring worse than women from other EU countries. For example, many women who migrated to the EU countries after the collapse of the Soviet Union and with the expansion of the European Union have encountered closed labour markets with job openings primarily in marginal, irregular sectors of the economy (migrationpolicy.org). In addition, when employed, migrant women in the UK tend to earn around 15% less than their native counterparts (IRIS Working Paper, 2015).

The cultural differences also form a challenge for women as their lack of confidence might prevent them from participating in society. Women in general are already more vulnerable to isolation and lack of confidence (Kay et.al. 2014), which makes migrant women even more at risk.

There are two main issues at hand that are visible around all EU countries and therefore need to be addressed on an EU-wide level. Firstly, the issue of migrant employment and integration in general, and secondly the specific challenges that are faced by women on top of these employability problems. Advancing Migrant Women (AMW) aims to address both issues by specifically targeting female migrants. Its main aim is to empower women migrants by developing their employability and entrepreneurship skills through a holistic programme based on training and mentoring which will increase their self-efficacy. This programme will enable migrant women to set up a business or find employment where they can fully use their talents and strengths.